Access control is the practice of controlling and monitoring who gets to access a certain vicinity. There are electronic systems that can grant and deny access to people. This is based on the data fed in the access control systems. In cities like Tulsa access control systems have now become a common occurrence. Access control systems are an important part of the security protocols. In a building or any physical space for that matter. By making sure that only the right kind of people are present in the right places, many unwanted incidents can be avoided. Additionally, people within those places feel much safer and at ease.

Security: The first reason for being an essential and growing need in modern times is the need for safety. Securing premises should be a priority,  be it in your residence or in a commercial vicinity. It is the first step towards preventing any unwanted incidents. These incidents include theft and burglaries in commonly occurring events and terror attacks in extreme and rare scenarios.

Forget the Hassel of Manual Keys: gone are the days where someone would lose their keys. Making them run to key makers to get duplicate keys. Now with electronic access control systems, keys have become irreplaceable. With system backed machine-readable objects like cards. Moreover, in some cases even objects are not a need, biometrics of the authorized personnel do the job.

Assuring Flexibility in Work Hours: employers know that only authorized personnel and employees can enter the office premises. At any point in time during the day. They have given the freedom to employees to work on their own flexible timings. As long as they are meeting the daily working requirement needs. The system allows employers to automatically keep track of it without any hassles.

The first traces of a mechanical lock date back to 4000 BC in Assyria. This is now called modern-day north Iraq. The lock helped deny access to the non-elite class. Allowed the elite class to have their reach to the specific items that only the royalty could use and have access to.

Moving to the 2700 to 2600 BC era in Ancient Mesopotamia. Where access control took place by using plague that was embedded into the doorjamb and a hook or cord secured the door. Usually, the use of access control systems was to protect food and other important items and documents containing important information.

Innovation in the access control systems came in the industrial revolution time period. Many inventions took place during this time including double-acting tumbler locks. The invention of the time lock mechanism, first combination locks, and jimmy proof locks also took place. From this to the invention of computers and then the rapid spread of the internet. We were able to see the kinds of access control systems we see today.

The system works full well with the rest of the systems being used. Including home automation and other security protocols to make sure that the user does not feel overwhelmed. Moreover, accessing all functions can be done alongside each other.

The future for access control systems is not bleak, there are many opportunities in the avenue. Biometric scanning will become more widespread and commonly used, including retinal readings along with fingerprints and facial recognition. The use of thermal sensors and high-quality cameras are also in the future outlook. That can instantly notify the presence of any unauthorized person all while having the ability to restrain them there.

Access control systems have become an absolute must-have in the modern era. Specifically for bigger cities like Tulsa where the crime rate is constantly increasing. With many future possibilities on the outlook for access control systems. It is safe to say that the demand for these systems is going to only increase in the future. 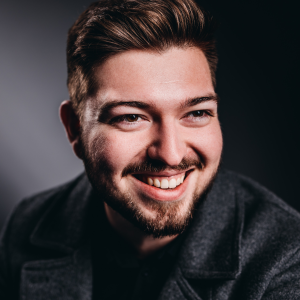